What is Kids 4 Kids Leadership? 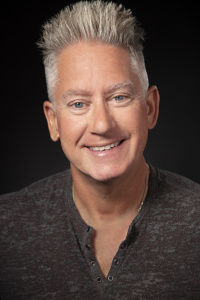 Kids 4 Kids Leadership was established in 1993 by Scott Graham. His vision was to create leadership programs and summer camps that would help children grow into resilient, successful adults. He believes in the importance of helping children develop the characteristics of a leader. These characteristics include: respect, responsibility, integrity, initiative, credibility, and trust. 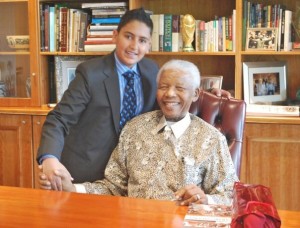 Bilaal Rajan is just one example of a Kids 4 Kids member who took his life to the next level. Bilaal has a passion for helping others. At 12 years old, Bilaal wrote a book called “Making Change.” This book got into the hands of Nelson Mandela. Mr. Mandela was so impressed with Bilaal’s interest in leadership that he requested Bilaal to come to meet with him in South Africa. Remarkable changes happen in children when they pursue leadership.

I met Daniel Clark when he was in grade five. I remember he told his peers how he wanted to become an actor. He didn’t get much support from his classmates. He starred in a movie entitled “Grizzly Falls” with Richard Harris, who also played Dumbledore in Harry Potter. To think the impossible is to do the impossible.

Celebrity Support – We have had the pleasure of having the support of numerous celebrities who have enrolled their children in our summer camps and leadership programs. Their support reflects what has made Kids 4 Kids successful: the support and encouragement of parents, teachers, physicians and school administrators, who see the remarkable changes in children who attend our camps and leadership programs.